Learn How Advertisers are Preparing for Google’s Inevitable Update

Google’s mission to eliminate third-party cookies by 2022 has advertisers scrambling to find answers.

For years, cookie tracking systems have provided user patterns for targeted advertising, but things are about to change.

Mainstream browsers like Firefox and Safari have swung an ax against cookie tracking in the past. But now, Google is preparing to take a more calculated approach.

Although it’ll live on, significant changes are coming to the game of targeted advertising. And everyone should be prepared.

Before delving into potential alternatives, it’s essential to fully understand the role of cookies in today’s targeted marketing game.

Third-party cookies communicate data between a visitor of a page and any affiliated external site through links or ads.

The sharing of a person’s data provides companies insight into browsing history, previous purchases, or even the ads that users have already seen elsewhere. Companies can create advertising systems to target users based on their online footprint algorithmically.

However, now, Google believes this has gone too far.

You could argue that web-surfers benefit from being shown custom ads, but the amount of information that a company can access is excessive. Some people have even created businesses based on selling user data.

The unnecessary amount of user-tracking leads to new laws being placed around the globe. Some places, such as Europe, require a user to consent to third-party cookies before browsing. 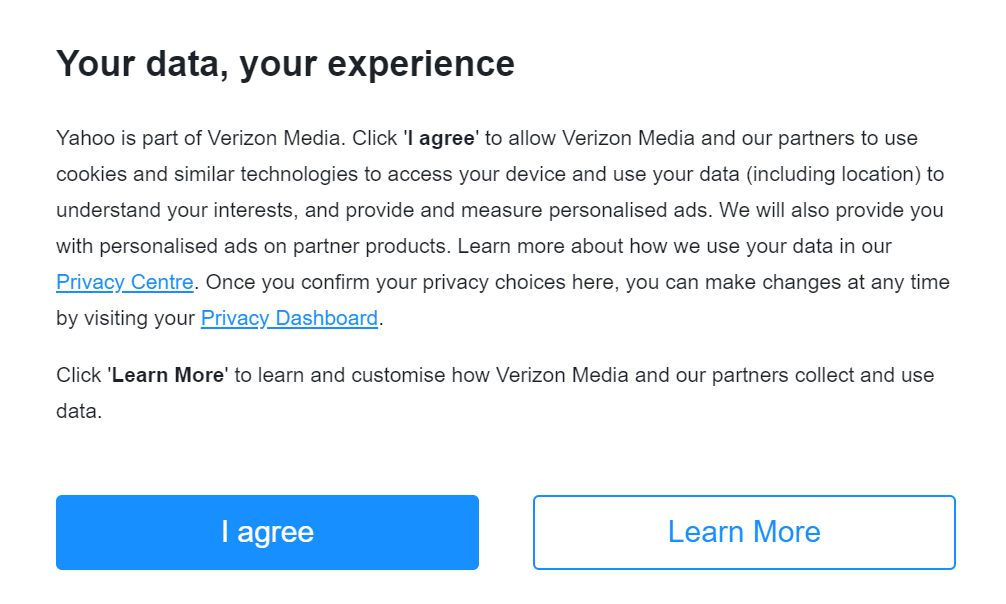 Many websites affiliate themselves with hundreds of foreign companies that can access user browsing patterns through third-party cookie tracking.

While the main focus of this change is targeting companies that take advantage of having excessive access to user information, other legitimate marketers will have to adapt as well.

Advertising in a world without cross-site communication

In a scenario where Google has eliminated third-party cookies without implementing a cross-site communication alternative, advertisers would have to begin migrating toward first-party marketing.

A massive power-shift would take place, weakening advertising companies and giving site owners much more say-so over who advertises where. Ad targeting would become more manual, and programmatic advertising would only exist on a first-party site-by-site basis.

For example, if Amazon DSP doesn’t have access to traffic patterns belonging to users outside of their site, the only way to effectively target users would be on Amazon.com.

However, these rules would apply across the board. Powerhouse advertising companies such as Amazon, Facebook, and Google could be at an advantage based on the data algorithms they already have in place. More on this later.

It’s important to emphasize the reasons behind these massive changes. After all, there’s still vast brainstorming required before implementing any real changes. That’s why understanding Google’s whys give insight into potential hows.

Google’s reason for these changes

Morally, Google is trying to give users more control over the level of information shared and where it’s sent. This is less about stunting advertisers through eliminating third-party tracking, but more geared toward protecting the average web-surfing Joe.

Google has stated in the Privacy Sandbox (the discussion media for the 2022 changes) that the direction of making third-party cookies obsolete is about “Doing more for users with less data.”

In reality, the future of targeted ads will still exist in some form or another. Eliminating cross-site communication as a whole would force companies to use workaround tactics like fingerprinting, which is largely what Google is trying to root out.

Fingerprinting is when a user’s data is pieced together (most of the time without their consent), sometimes for ad targeting, but more frequently to sell user information. Google is prioritizing the elimination of fingerprinting, but many companies will resort to these illegitimate forms of tracking to maintain their businesses.

Of course, Chrome should strive for the protection of user privacy, but there are other reasons for these changes.

Good-guy Chrome has its heart in the right place, protecting people with user-friendly control and privacy. But that’s as long as it also empowers Google.

Chrome is in a position to implement the most beneficial system for themselves. And while there is an incentive to appease everyone for the sake of popularity, the biggest winners of these changes will be Google.

It’s worth reminding ourselves that Google is an advertising company. And although the morals of user privacy is a priority of theirs — Chrome won’t implement anything detrimental to their (or Google partners’) bottom line.

Chrome is also the most-used browser. And it’s in Google’s best interest in keeping advertising dollars flowing to maintain this position.

The heat that browsers have experienced lately is also a big example of secondary motives.

Lawmakers are becoming more vocal with how information sharing impedes the freedoms of users, and Google needs to react to this heat.

There is a middle ground between giving advertisers all of the data, and none of it.

Google’s efforts are to swing some of the authority back to users, giving people consent to sharing their information. We can rest relatively comfortably, knowing that Google is working toward a solution for everyone. However, many companies are preparing for a marketing storm.

Playing it safe: some advertisers are searching for alternatives.

Although Chrome intends to keep advertisers in the loop, no one can promise that the solution will be immediately perfect.

The potential for a trial-and-error process has marketers predicting downtime before the new ad system gains unproblematic traction. And many are hesitant to trust a new system’s long-term effectiveness at all.

As Google and the web-community brainstorm solution details through the Privacy Sandbox, many sites are setting infrastructure in place to prepare for a potential collapse of targeted advertising. These preparations are mainly consisting of more basic manual targeting tactics.

There has yet to be a user-targeting system to prove more efficient than programmatic advertising. However, if cross-site ads take a hit, you won’t want all of your eggs in one basket.

Contextual advertising entails reaching an audience based on the content within a webpage and the probable audience to that type of content.

Ad spots being valued by the on-page aspects of content eliminate a need for user data. Yet this can be quite a shot in the dark.

Contextual marketing doesn’t possess immediate, transparent results compared to programmatic ads. Campaigns can take months before seeing concrete results. On top of the uncertainty, deciding the appropriate context of your ad campaign is essential to success.

Google offers contextual advertising. And we can trust that the Privacy Sandbox won’t overstep its ad services. But still, many advertisers prefer the “manual” approach.

I quote “manual” because there are tools to find these audiences. However, the process is much more hands-on than the programmatic bids that have spoiled advertisers today.

Ahrefs would be an example of a tool to assist in finding the best context for your ads, but I do stress “assist”. The responsibility of finding relevant keywords and understanding your ideal audience will weigh heavily on your shoulders.

Manually setting up contextual advertising campaigns takes a lot of time and testing, which is why marketers are investing before the Sandbox project takes effect.

However, you may not have to look far for your ideal audience.

Even in the instance of a cross-site communication extinction, the real powerhouses of Chrome advertising will stand. I’m referring to Amazon, Facebook, and of course, Google. These companies are referred to as “walled gardens,” a phrase that could become even more relevant by 2022.

For most websites, first-party marketing will need massive development before compensating for the potential loss of programmatic ads. But this won’t be the case for walled gardens.

Facebook, for example, doesn’t need traffic patterns to target over two billion active users algorithmically. The interests of each person are displayed on-page and recorded in the server on a first-party basis.

Meanwhile, Google will have the ability to track searches, and Amazon has access to purchase patterns of each account.

Granted, seeing user interest outside of an individual website provides far more accurate targeting. However, this system would become the closest form of programmatic advertising available.

The current third-party targeting systems would refocus entirely on internal algorithms, enforcing the current leaders of ads as the most viable option for behavioral marketing.

However, this doomsday scenario seems unlikely based on the intentions of Google’s Privacy Sandbox.

There are several proposed alternatives to third-party cookies, and while the conversation continues, we don’t know where Google will officially take this new system.

Gaining the trust of skeptical web-browsers for Chrome’s protection from malicious information companies no small feat. Juggling advertisers’ interests while also making sure Google comes out on top complicates things even further.

One courtesy that Chrome has extended is the communication of these changes. Everything seems to be laid out on the table for everyone’s reaction and comments.

Google has been open-eared to the web community regarding ideas or concerns about the project, which could be concerning within itself.

We could give Google the benefit of the doubt and say that the aim of Privacy Sandbox is to be transparent. However, given the usual ‘find out for yourself’ route that Google takes with updates, this might not be the case.

The leading browser company might be genuinely stumped by the potential direction of this undertaking.

Either way — now is as good of a time as any to voice your idea and opinions for the community to hear.

The Privacy Sandbox won’t reach us until 2022, so there’s still time to have a helping hand in the discussion about the future of the internet.

Are you ready to start your digital advertising campaign? Contact us today to get started today.