An Overview of PMP, Open Exchange, and Preferred Deals

There’s no doubt about it, programmatic advertising on the private marketplace(PMP) is making waves.

By the end of this article, you will understand the options available to you as an advertiser and how you can use them to promote your brand.

We understand that every company does better when they have a dedicated team in their corner. After you read this article, contact LiftIntent – we’ll help you scale your advertising campaign.

What options are there for advertisers?

You’ve probably heard the term programmatic thrown around a lot in the digital advertising industry. It is often associated with real-time bidding (RTB), private marketplaces, preferred deals, and other advertising marketplaces.

Open exchange, private auctions, and preferred deals reference the various markets and means in which advertisers can purchase ad space. The cost, availability, and location in which your marketing material is served will vary from auction to auction.

What is the Open Exchange (RTB)?

In open exchanges, advertisers bid on ad space in real-time to serve their targeted ads to a preferred audience. You may be familiar with this type of bidding if you have ever served content on Google, Facebook, or other online platforms.

The RTB market is easily accessible to the public. Any publisher or advertiser can participate in an open auction. This means there are thousands of people competing for the best spaces.

To decide which media (ad space available on websites and video) to bid on, advertisers can use a programmatic exchange (automation technology) to assess data on the web page and user. Information is gathered about the user’s cookie history, the URL, content of the webpage, and location of the ad space – all in a fraction of a second.

When advertisers combine the open ad exchange with behavioral targeting, they can reach consumers most likely to have an interest in their product – but only if they have the highest bid.

What is the Private Marketplace (PMP)?

Private auction. Private marketplace. PMP. This marketing strategy may be known by many names, but it encompasses the same idea – ad space that isn’t open to the public.

The main difference between Private Marketplace (PMP) and RTB is that advertisers must be invited to participate. Because the pmp private marketplace isn’t open to the public, advertisers are willing to pay a premium to gain access to more exclusive ad space with less competition.

Similar to open exchange deals, advertisers use PMP programmatic to operate in real-time and bid on media inventory from one or more publishers based on CPM (cents per million).

Unlike open auctions, however, the CPM isn’t fixed, so advertisers don’t have to pay in advance. Private marketplace deals operate under an Insertion Order. IOs are a contract that states how long an ad will run and the price of the publisher’s inventory.

What are Preferred deals (Programmatic direct)?

Since ad inventory is negotiated at a fixed price beforehand, advertisers don’t have any surprises when it comes to the cost of their ad space. They know when, where, and to how many people their ads will be served based on the agreed rate. This type of sales inventory is more closely related to the old way of trading ad space with a direct sales team. Third-party companies and a particular set of platforms are required to add control and ensure delivery.

The rise of the private marketplace

If you’re anything like other advertisers, you want more control over your data. When and where your ads are served are just as important as those who see it. The rising concern over advertising fraud and brand safety in the open market also has many buyers rethinking their programmatic strategies. Buyers aren’t just shifting to automated technology; the industry is also moving toward marketplaces that can guarantee relevant, high-quality locations – every time.

Why buyers should care about the private marketplace

VIP status comes with its benefits. While searching for the most cost-effective way to reach the largest audience, it’s essential to consider an automated approach. PMP digital advertising auctions happen in real-time and have the benefit of being invite-only. You’re getting exclusive access to publishers’ inventory before it’s made available to any other advertisers. Advertising space purchased through PMP also reaches audiences faster than ad space on the open ad exchange.

What makes it different than open exchange?

It doesn’t pay to be a little fish in a big pond on the open market. Small publishers just can’t compete with the sheer numbers there. Others realize that earning themselves an invite to the private exchanges solves one of their biggest problems – scalability.

Private marketplace transactions give you access to ad space before it’s available on the open market. This means your ads get exposure sooner and reach a wider audience. You may pay a little more, but you’re getting access to some premium inventory that won’t make it to the open exchange.

In the past, big publishers had the option of using open networks like Right Media, DoubleClick, and 24/7 to offer their inventory. Smaller, niche companies didn’t have that option – they got lost in the crowd. If they wanted to grow their digital media presence, they needed to find another method of auctioning their ad space. By the late 2000’s, things were becoming critical for many publishers.

This is where private marketplace advertising really started to take off. The original facilitators of the first PMP’s gave desperate publishers a way to catch up. Not only were they improving their digital presence, they were also getting ahead with programmatic. Automation was the newest, most efficient strategy for advertisers and publishers alike.

How programmatic fits in

For publishers, this opens the door to new opportunities to find and identify programmatic advertisers that are ready for more substantial commitments and better deals. For buyers, this emphasizes stronger, more reliable relationships and higher quality opportunities for their brand.

As the open market continues to struggle with issues regarding brand safety and ad quality, advertisers continue to turn toward private marketplace investments. For the first time in history, experts predict that US ad spending on private agreement RTB transactions will overtake that spent in open exchanges.

What’s contributed to this surge? Publishers want more control over the ads that appear on their websites, along with how their audience’s data is used. Advertisers trend toward an inherent distrust of open exchanges, demanding access to more premium inventory. The result is more PMP deals, and more customization over data terms and price than open exchanges offer.

Here’s how shifts in the market contribute to ad spending statistics:

The benefits of PMP programmatic

There’s no question about it. Programmatic is dominating the digital advertising world. Over $46 billion was spent on programmatic advertising in 2018. It will reach $59.45 billion in 2019, accounting for 84.9% of the US digital display ad market. Spending on private marketplace deals alone was 9.5 billion in 2018.

Open exchanges are still an effective way for behavioral targeting campaigns to have the most reach at the lowest cost. However, PMP advertising offers better control over ad relevance, making it the perfect middle ground between advertisers and publishers.

Programmatic PMP advertisers have gained even more opportunities to advertise on premium sites. And they pay less than direct programmatic users! PMP deals also let advertisers be more precise with their targeting because they know which sites will run their ads. Advertisers can reach their intended market sooner than their competitors can.

The ad space available to you in PMP market deals is often never offered on the open exchange — things like data-enhanced ad space or exclusive seasonal inventory. In PMP, the CPM’s negotiated between you and the publisher are higher, but so is the return on your investment.

Publishers benefit because they have a better awareness of who is advertising on their sites. They can also sell their ad spaces at a higher price. Publishers also gain the ability to use first-party data to improve their ad spaces. While the time it takes to negotiate CPM’s may seem like a negative, many advertisers and publishers disagree. They often lead to more working relationships, which often creates opportunities for both parties.

On the PMP, buyers get first dibs on ad space from some of the top-name publishers in the industry. There’s no waiting and hoping they get the highest bid in the open exchange. Advertisers also get more details on the market they’re reaching, not to mention access to consumers that aren’t available on the open exchanges.

One cannot argue the benefit of having first rights to an exclusive media inventory. Advertisers get no surprises on publisher costs, and there’s a consistent volume of ad space. The only downside is that once an advertiser makes an offer on Programmatic Direct impressions, they can’t bid on the same impression in the open exchange.

Unlike with open auction deals, advertisers know their ads are going up on sites with content that is related to their products. There are no surprises. Ads won’t run next to the potentially brand-damaging subject matter. One of the most significant issues in online advertising today – ad fraud – is also addressed on the PMP. PMP publishers are of higher quality, so you’ll experience much less invalid or fraudulent traffic.

You might think premium access would come at a premium price. Not quite! While the inventory might not be as cherry-picked as it is in Direct deals, it does cost much less for a comparable quality.

PMP deals are a huge factor in reducing the costs of digital media. The method is a perfect bridge between the new, automated processes and traditional direct sales. You still get the personal touch of working with fewer publishers, but it’s faster than manually making every deal. Private marketplace transactions are simply a faster, better process. PMPs are becoming the standard for programmatic advertising.

Private marketplaces are here to stay.

PMP’s are far from declining in market share or importance. These sell-side marketplaces have focused their efforts on creating relationships with new forms of media. Connected TV’s and OTT devices are just some of the latest forms of marketing that offer exclusive inventory not available on the open exchange.

The maturing ecosystem brings more good news for marketers. Marketplace media buys are more transparent and secure than they were in its young beginnings, giving advertisers confidence in the market.

In the next few years, as the access to private media channels continues to grow, we expect the private marketplace to dominate the market. Getting in the game now means staying ahead of your competitors, better quality for your consumers, and more results for your brand.

It’s important to note that while the market shifts into private and direct means of advertising, RTB, PMP, and programmatic direct are not competing. Rather, they are complementary models that address the varying needs of publishers and advertisers. Marketing experts attribute this shift to many factors, including a need for quality, transparency, and a more guaranteed and precise inventory.

LiftIntent offers marketers and media buyers access to direct premium PMP inventory. Want to learn more about your options advertising in the private marketplace and open exchanges? Contact us today to set up your PMP deal in Appnexus, The Trade Desk, Google AdX, Rubicon, SpotX, or any of the major DSP’s in the market. We’d love to talk about your campaign goals, send you a free media kit, and share our case studies with you. 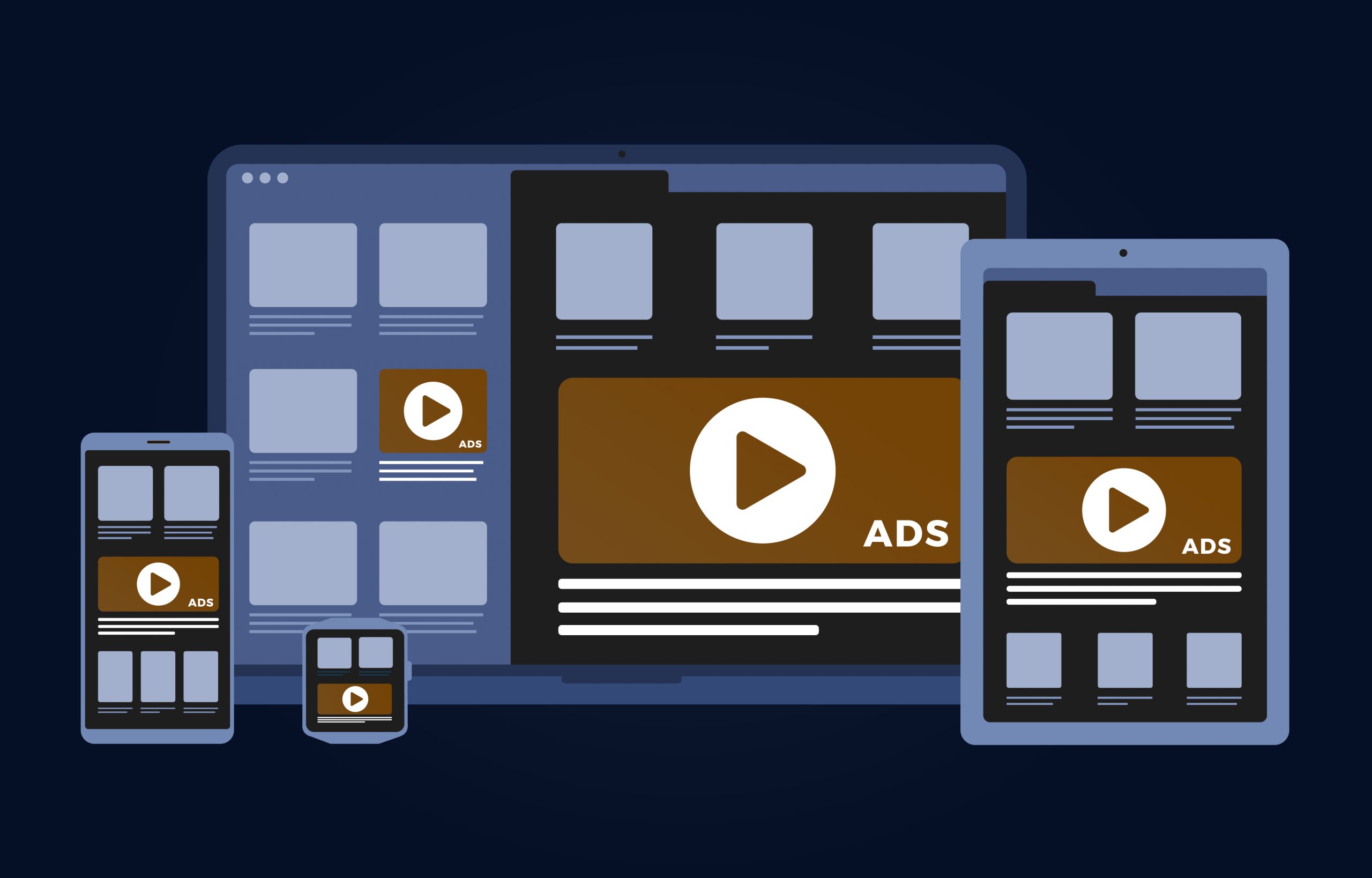 PMP Advertising: Why Are PMP Deals Valuable for Media Buyers

In life, there are a lot of things we compete for – attention, trophies, and even time. When it...